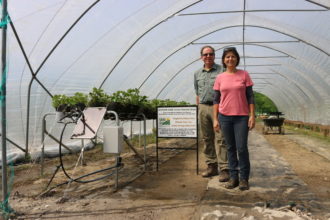 NCR-SARE Program is pleased to announce the projects recommended for funding for the 2021 Farmer Rancher Grant Program. 58 grant projects were selected to receive a total of more than $709,000 through this NCR-SARE grant program, which offers competitive grants for farmers and ranchers who are exploring sustainable agriculture in America’s Midwest.

The Farmer Rancher Grant Program is a competitive grants program for farmers and ranchers who want to explore sustainable solutions to problems through on-farm research, demonstration, and education projects. Those selected to receive funding included (in order alphabetically, by state):

The focus for each of the NCR-SARE grant programs is on research and education. Funding considerations are based on how well the applicant presents the problem being addressed, the project’s relevance to sustainable agriculture in the 12-state North Central region, and how well it aligns with NCR-SARE’s goals, among other factors specific to each grant program.

Since 1988, the SARE program has helped advance farming systems that are profitable, environmentally sound, and good for communities through a nationwide research and education grants program. The program, part of USDA’s National Institute of Food and Agriculture, funds projects and conducts outreach designed to improve agricultural systems.