Beekeepers in Ohio designed and built a LAAZY Hive system for beekeeping that allows them to access their hives while seated.

Chris and Juli McGuire gained control of Canada Thistle in their organic apple orchard with support from a SARE grant. 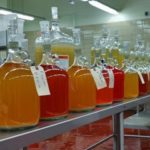 Gabriela Inveninato Carmona is studying insecticide use and cover crops at the University of Nebraska’s Eastern Nebraska Research and Extension Center. 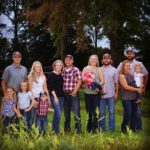 With support from SARE, growers in Ohio are exploring growing, harvesting, and marketing saffron.

Meg Moynihan is working to help agriculture advisors better respond to the stress they encounter on farms and in rural communities.

Connecting the Dots Between Farmers and Rural Refrigeration

Growers in the North Central region are exploring the benefits of intercropping legumes with the intermediate wheatgrass Kernza®.

Erin and Drew Gaugler are exploring and documenting the impact of bale grazing on their North Dakota farm. Outreach activities like their "mailbox tour" are helping the siblings share their findings with neighboring producers.